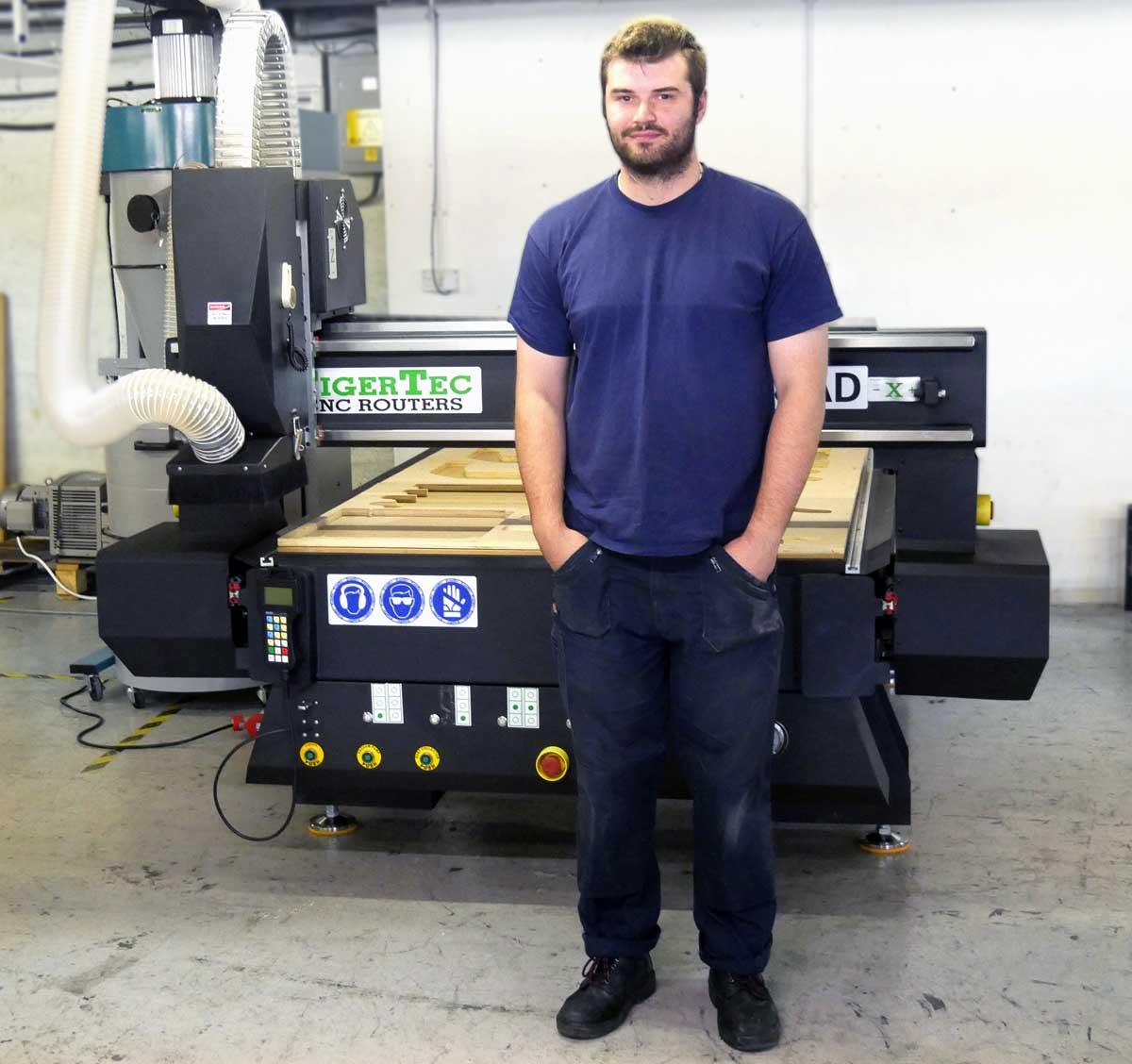 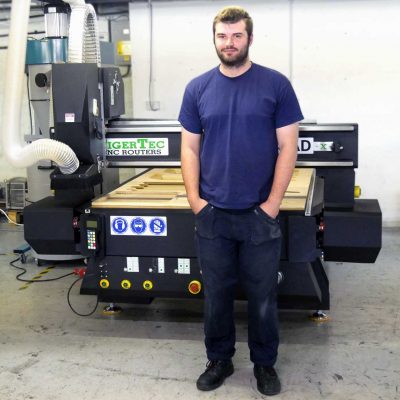 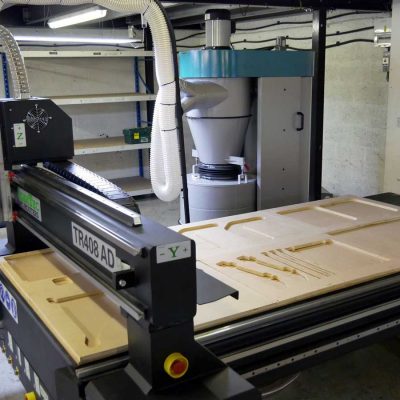 When Humphrey and Jack from Cecence approached

We suggested the TigerTec TR408 CNC Router - which includes standard features such as an Italian HSD Router Spindle and an 8mm thick rectified steel body with multipurpose matrix table and it is available with or without auto Tool Changer, Light Barriers and a Becker Vacuum Pump.

When they arrived at our site, they were met by David from Sales and Adam in Technical. They had some test cuts preplanned which Adam had prepared for a live demo. After the successful demo making the required cuts, Adam gave them a detailed run through the software.

The guys at Cecence had experience using Vectric software, convenient because every Scott+Sargeant Desktop CNC Router or TigerTec CNC Router is bundled with Vectric V Carve Pro, an easy to use diverse software suite which enables the machine to not only nest and rout but also to carve intricate 3D Drawings.

After the successful demonstration, Cecence confirmed the order, and promptly took delivery which included offloading, positioning, commissioning and onsite training.

As part of our aftersales service we visited Cecence’s site, and quickly got an understanding that at the core Cecence are a group of prototyping problem solvers. They work with an array of composites from aluminium to carbon fibre, glass and all sorts of resins. Their composite materials are supplied to a diverse range of customers.

The plans for the TigerTec TR408 CNC Router are diverse, they showed me some of the early prototyping they had just started nesting using their new TR408 TigerTec from 18mm Birch plywood. Aside from nesting they also plan to use the machine to trim outer edges of 8x4 sheets of carbon panels, something the TigerTec TR408 has a bed large enough to facilitate.

Their specialised composite products are supplied to their customers both bespoke such as intricat 3D mouldings and standardised, like their carbon fibre 8x4 panels. The standardised products are especially interesting, they give Designers certainty, “it’s much easier for a Designer to work using Panels than Moulds” Jack mentions “When you quote on 3D moulding it’s very hard to cost as opposed to working with flat panels life cost are easier to calculate”.

Cecence are now the Proud new owners of a brand new TigerTec CNC, one of many that have been supplied Nationwide and Internationally by Scott + Sargeant, the perfect machine should you be looking for a New CNC Router but are worried about the capital outlay.